Islamic Republic Of Iran
Isfahan
300 km²
The city is located in the lush plain of the Zayanderud River, at the foothills of the Zagros mountain range. The nearest mountain is Mount Soffeh (Kuh-e Soffeh) which is situated just south of Isfahan. No geological obstacles exist within 90 kilometres (56 miles) north of Isfahan, allowing cool northern winds to blow from this direction. Situated at 1,590 metres (5,217 ft) above sea level on the eastern side of the Zagros Mountains, Isfahan has an arid climate (Köppen BSk). Despite its altitude, Isfahan remains hot during the summer with maxima typically around 35 °C (95 °F). However, with low humidity and moderate temperatures at night, the climate can be very pleasant. During the winter, days are mild while nights can be very cold. Snow has occurred at least once every winter except 1986/1987 and 1989/1990.
GMT+03:30
Rial
Persian
2 million
Isfahan is the capital of isfahan province with 300 km2 area and 2 million citizens. it's first constructions were built in 600 years before Christ. In sasanid era the army's gathering place, as the name of the city originates from. Isfahan flourished in safavid era. A city full of various gardens as one of the biggest rivers in Iran passes through the city. Its historical - architectural sites belongs to various eras from Ilam civilization like the fire temple till now. Every construction is composed of art, architectury and culture of specific dynasties, which were well decorated by the visual beauties. That is why it is called the half of the world in the aspects of being beautiful. The city is famous for its tall minarets and torquis mosques well designed to exhibit the glory and greatness of the kingdoms and their science to make such magnificent structures. The minarets belong to the first centuries of Islam , were used as indications for caravans inorder to get to the city. the historical bridges ( such as Shahrestan which was built in sasanid era ) were built with efficient attractive architectury. Sheikh Lotf al lah mosque (1011 - 1028 ) , a no minarets mosque, despite other mosques , with its master piece art and achitectur, would take most of attentions. Ali Ghapoo palace (1000 - 1006 ) with its beautiful tucco and designs in music hall is an empossed work in Naghshe Jahan square, which is the world's heritage site, and componds of architectural art and Islamic - Iranian crafts. Shah Abbas the first ordered to built the second biggest squares in the world, Naghshe Jahan, in 1591 - 1602 as a cultural, social, economic, political center in isfahan . Atigh mosque is one of the biggest mosques in the world, Gheisarieh Bazaar ( 1619 ) Shaking minarets ( 1316 ) , various gardens, handicrafts, traditional arts, houses and churches. ... are places worth visiting in isfahan. As a foreign tourist in Iran it is reachly recommended to visit. 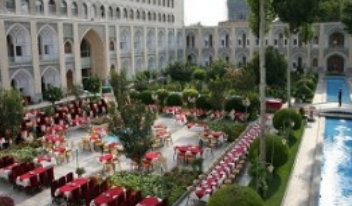 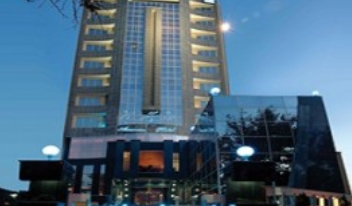 Isfahan is the host of many national and international sport events therefore enjoying sport facilities such as Naghsh-e-Jahan Stadium with 50,000 capacity which second phase is under development to increase capacity to 75,000 spectators. Isfahan has an important derby called as Naqsh e jahan derby. This competition is one of the most popular annual football events in Iran between Sepahan Isfahan and Zob Ahan Isfahan. Both Zob Ahan and Sepahan are the only Iranian clubs to reach the final of the new AFC Champions League. Isfahan has three association football clubs that play professionally. These are: Sepahan Isfahan Zob Ahan Isfahan. Giti Pasand Giti Pasand also has a futsal team, Giti Pasand FSC, they are one of the best teams in Asia and Iran. They won the AFC Futsal Club Championship in 2012 and were runners-up in 2013. 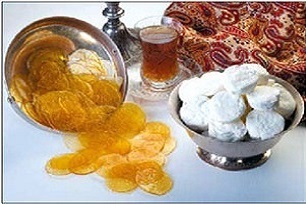 Isfahan has long been one of the centers for production of the famous Persian Rug. Weaving in Isfahan flourished in the Safavid era. But when the Afghans invaded Iran, ending the Safavid dynasty, the craft became stagnant.

Food
Isfahan is famous for its Beryouni. This dish is made of baked mutton & lungs that are minced and then cooked in a special small pan over open fire with a pinch of cinnamon. Beryouni is generally eaten with a certain type of bread, taftoon. Although it can also be served with other breads. • Fesenjān – a casserole type dish with a sweet and tart sauce containing the two base ingredients, pomegranate molasses and ground walnuts cooked with chicken, duck, lamb or beef and served with rice. • Gaz – the name given to Persian Nougat using the sap collected from angebin, a plant from the tamarisk family found only on the outskirts of Isfahan. It is mixed with various ingredients including rose water, pistachio and almond kernels and saffron. • "Khoresh-e mast" (yoghurt stew) is a traditional dish in Isfahan. Unlike other stews despite its name, it is not served as a main dish and with rice; Since it is more of a sweet pudding it is usually served as a side dish or dessert. The dish is made with yogurt, lamb/mutton or chicken, saffron, sugar and orange zest. Iranians either put the orange zest in water for one week or longer or boil them for few minutes so the orange peels become sweet and ready for use. People in Iran make a lot of delicate dishes and jam with fruit rinds. This dish often accompanies celebrations and weddings. • Pulaki – the name given to a type of Isfahani candy which is formed to thin circles like coins and served with tea or other warm drinks.

Pre-Islamic era During the Median dynasty, this commercial entrepôt began to show signs of a more sedentary urbanism, steadily growing into a noteworthy regional centre that benefited from the exceptionally fertile soil on the banks of the Zayandehrud River in a region called Aspandana or Ispandana. Once Cyrus the Great (reg. 559–529 BCE) unified Persian and Median lands into the Achaemenid Empire (648–330 BCE), the religiously and ethnically diverse city of Isfahan became an early example of the king's fabled religious tolerance. It is said that after Cyrus the great freed the Jews from Babylon some Jews returned to Jerusalem whereas some others decided to live in Persia and settle in what is now known as Isfahan. But, actually this happened later in the Sasanid period when a Jewish colony was made in the vicinity of the Sasanid Gay. The Parthians (250 BCE – 226 CE) continued the tradition of tolerance after the fall of the Achaemenids, fostering the Hellenistic dimension within Iranian culture and political organization introduced by Alexander the Great's invading armies. Under the Parthians, Arsacid governors administered a large province from Isfahan, and the city's urban development accelerated to accommodate the needs of a capital city. The next empire to rule Persia, the Sassanids (226 – 652 CE), presided over massive changes in their realm, instituting sweeping agricultural reform and reviving Iranian culture and the Zoroastrian religion. The city was then called by the name Gay and the region by the name Aspahan or Spahan. The city was governed by "Espoohrans" or the members of seven noble Iranian families who had important royal positions, and served as the residence of these noble families as well. Extant foundations of some Sassanid-era bridges in Isfahan suggest that the kings were also fond of ambitious urban planning projects. While Isfahan's political importance declined during the period, many Sasanian princes would study statecraft in the city, and its military role developed rapidly. Its strategic location at the intersection of the ancient roads to Susa and Persepolis made it an ideal candidate to house a standing army, ready to march against Constantinople at any moment. The words 'Aspahan' and 'Spahan' are derived from the Pahlavi or Middle Persian meaning 'the place of the army'.Although many theories have been mentioned about the origin of Isfahan, in fact little is known of Isfahan before the rule of the Sasanian dynasty (c. 224–c. 651 CE). The historical facts suggest that in the late 4th and early 5th centuries Queen Shushandukht, the Jewish consort of Yazdegerd I (reigned 399–420) settled a colony of Jews in Yahudiyyeh (also spelled Yahudiya), a settlement 3 kilometres northwest of the Zoroastrian city of Gay (the Achaemid and Parthian 'Gabae' or 'Gabai', the Sasanid 'Gay' and the Arabicized form 'Jay') that was located just on the northern bank of the Zayanderud River. The gradual population decrease of Gay or Jay and the simultaneous population increase of Yahudiyyeh and its suburbs after the Islamic conquest of Iran resulted in the formation of the nucleus of what was to become the city of Isfahan. It

Islamic era When the Arabs captured Isfahan in 642, they made it the capital of Al-Jibal (“the Mountains”) province, an area that covered much of ancient Media. Isfahan grew prosperous under the Persian Buyid (Buwayhid) dynasty, which rose to power and ruled much of Iran when the temporal authority of the Abbasid caliphs waned in the 10th century. The Turkish conqueror and founder of the Seljuq dynasty, Toghril Beg, made Isfahan the capital of his domains in the mid-11th century; but it was under his grandson Malik-Shah I(reigned 1073–92)that the city grew in size and splendour. The city's golden age began in 1598 when the Safavid ruler Shah Abbas I (reigned 1588–1629) made it his capital and rebuilt it into one of the largest and most beautiful cities of the 17th century. In 1598 Shah Abbas the Great moved his capital from Qazvin to the more central and Persian Isfahan, called Ispahān in earlyNew Persian. Isfahan declined once more, and the capital was subsequently moved to Mashhad and Shiraz during the Afsharid and Zand periods respectively until it was finally settled in Tehran in 1775 .

Modern age Today Isfahan, the third largest city in Iran, produces fine carpets, textiles, steel, and handicrafts. Isfahan also has nuclearexperimental reactors as well as facilities for producing nuclear fuel (UCF). Isfahan has one of the largest steel-producing facilities in the entire region, as well as facilities for producing special alloys. The city has an international airport and is in the final stages of constructing its first Metro line. Over 2000 companies work in the area using Isfahan's economic, cultural, and social potentials. Isfahan contains a major oil refinery and a large airforce base. HESA, Iran's most advanced aircraft manufacturing plant (where the IR.AN-140 aircraft is made), is located nearby. Isfahan is also becoming an attraction for international investments, like investments in Isfahan City Center, which is the largest shopping mall in Iran and the largest shopping mall with a museum in the world and has the largest indoor amusement park in the middle-east. Isfahan hosted the International Physics Olympiad in 2007.