Country: Islamic Republic of Iran
City: Shiraz
Surface area: 240 km²
Weather: Shiraz has a cold semi-dry quilting. This report describes the typical weather at Shiraz International Airport (Shiraz, Iran). It will be based on historical records from 1999 to 2012. The area within 40 km of this station is covered by shrublands (64%), croplands (27%), lakes and rivers (4%) and meadows (3%).
Local time: GMT + 03: 30
Currency: Rial
Language: Persian
Population: 1.3 million
About Shiraz: The capital of the province of Fars in the southwest of Iran in the Middle East with 1461000 inhabitants. (According to the census 2011). During the dynasties of Safarian, Buyds and Zandieh, Shiraz was used as the capital of Iran. Shiraz is the sixth-largest city of Iran and as the city of flowers and nightingales. It is known as the city of poets, literature and because of the many gardens and fruit trees you are a garden city that you can see in this city. Shiraz is the most popular travel destination in Iran and it is known as the most beautiful city in Iran, where the most hospitable and uncomplicated people of Iran live. The city of poetry and love, there are tombs of Hafez and Saadi (more dense), and the oriental old traditional bazar that gives you an insight into the history and culture. The stunning and colorful mosque, the extraordinary shrines with mirrors, the capital of the first realm of the world - Persepolis - are some attractions that you can see in shiraz. Shiraz is the highlight in Iranian culture, which is famous for Persian lyric poetry, roses, cypresses and some important monuments such as vakil traditional bazaar (18th century), Karimkhan citadel (local name Arg-e-Karimkhan), which resembles a medieval fortress, Nassir Al Mulk Mosque (Qajarzeit) with its beautiful tile works, Narenjestan Ghavam with the beautiful mirrors, Eram Garden (the historical Persian garden). The Palace of Persepolis is one of the glories that is still worth seeing even though Alexander (The King of the Greek Empire of Macedon in 330 BC) had penetrated and burnt it. The Persepolis, which was the solemn capital of the ancient Achaemenid kings, is not only to be observed, but also to the quality and beauty of stone reliefs. Which presents a fascinating variety of themes and is a window on the courtly life in an ancient Persian empire. It is still the reagent of glory and the most remarkable and vibrant place in Iran, where one must see. There are a number of Achaemenid rock tombs and some of the largest Sassanide rock reliefs near Naghshe Rostam (Necropolis). The last retirement of Cyrus is the great founder of the Achaemenids dynasty- at Pasargadae, almost two hours north of shiraz. To the south of shiraz lies the town of Bishapur. The name of this beautiful city comes from King Schapur the first (241-279 AD). The second Sassanid king. King Shapur is known for having dedicated the temple to Anahita. Mosaics and rock reliefs are reminiscent of Schapur's victories over the Romans. Firozabad: in the western part of Shiraz almost 4 hours drive, the oldest city, a place and a fort burst, created by Ardeshir.

Bargh Shiraz (Established in 1946) is Shiraz's top team and currently plays in Iran's Azadegan League. Its biggest honour was winning the 1997 Hazfi Cup. Moqavemat Sepasi (formerly Fajr Sepasi) (Established in 1988) also plays in Iran's Premier Football League, and have also won the Hazfi Cup in 2001. Shiraz has two Football stadiums; the Hafezieh stadium with 20,000 Capacity built in 1945 and Another stadium, Shiraz Stadium, is due to be finished in 2009 and will have 50,000 capacity. Furthermore, Shiraz has a professional basketball club Louleh a.s Shiraz BC. The team competes in the Iranian Basketball Super League. Shiraz also has a female rugby team

The crafts of Shiraz consist of inlaid mosaic work of triangular design; silver-ware; carpet-weaving, and the making of the rugs called gilim and "jajim" in the villages and among the tribes. The garden is an important part of Iranian culture. There are many old gardens in Shiraz such as the Eram garden and the Afif abad garden. According to some people,Shiraz "disputes with Xeres in Spain the honour of being the birthplace of sherry." Shiraz is proud of being mother land of Hafiz Shirazi, Shiraz is a center for Iranian culture and has produced a number of famous poets. Saadi, a 12th and 13th-century poet was born in Shiraz. He left his native town at a young age for Baghdad to study Arabic literature and Islamic sciences at Al-Nizamiyya of Baghdad. When he reappeared in his native Shiraz he was an elderly man. Shiraz, under Atabak Abubakr Sa'd ibn Zangy (1231–1260) was enjoying an era of relative tranquility. Saadi was not only welcomed to the city but he was highly respected by the ruler and enumerated among the greats of the province. He seems to have spent the rest of his life in Shiraz. Hafiz, another famous poet and mystic was also born in Shiraz. A number of scientists also originate from Shiraz. Qutb al-Din al-Shirazi, a 13th-century astronomer, mathematician, physician, physicist and scientist was from Shiraz. In his The Limit of Accomplishment concerning Knowledge of the Heavens, he also discussed the possibility of heliocentrism.

Pre-Islamic Shiraz is most likely more than 4,000 years old. The name Shiraz is mentioned in cuneiform inscriptions from around 2000 BCE found in southwestern corner of the city.According to some Iranian mythological traditions, it was originally erected by Tahmuras Diveband, and afterward fell to ruin.The oldest sample of wine in the world, dating to approximately 7,000 years ago, was discovered on clay jars recovered outside of Shiraz (according to the referenced article, this discovery was made in Hajji Firuz Tepe, a Neolithic village in Iran's northern Zagros Mountains, more than a thousand kilometers north of Shiraz). In the Achaemenian era, Shiraz was on the way from Susa to Persepolis and Pasargadae. In Ferdowsi's Shāhnāma it has been said that Artabanus V, the Parthian Emperor of Iran, expanded his control over Shiraz. Ghasre Abu-Nasr (meaning "the palace of AbuNasr") which is originally from Parthian era is situated in this area. During the Sassanid era, Shiraz was in between the way which was connecting Bishapur and Gur to Istakhr. Shiraz was an important regional center under the Sassanians. Islamic period The city became a provincial capital in 693, after Arab invaders conquered Istakhr, the nearby Sassanian capital. As Istakhr fell into decline, Shiraz grew in importance under the Arabs and several local dynasties.The Buwayhid empire (945–1055) made it their capital, building mosques, palaces, a library and an extended city wall. It was also ruled by the Seljuks and the Khwarezmians before the Mongol conquest. The city was spared destruction by the invading Mongols, when its local ruler offered tributes and submission to Genghis Khan. Shiraz was again spared by Tamerlane, when in 1382 the local monarch, Shah Shoja agreed to submit to the invader.In the 13th century, Shiraz became a leading center of the arts and letters, thanks to the encouragement of its ruler and the presence of many Persian scholars and artists. For this reason the city was named by classical geographers Dar al-‘Elm, the House of Knowledge.Among the Iranian poets, mystics and philosophers born in Shiraz were the poets Sa'di and Hafiz,the mystic Roozbehan, and the philosopher Mulla Sadra.Thus Shiraz has been nicknamed "The Athens of Iran".As early as the 11th century, several hundred thousand people inhabited Shiraz.In the 14th century Shiraz had sixty thousand inhabitants. During the 16th century it had a population of 200,000 people, which by the mid-18th century had decreased to only 50,000. In 1504, Shiraz was captured by the forces of Ismail I, the founder of the Safavid dynasty. Throughout the Safavid empire (1501–1722) Shiraz remained a provincial capital and Emam Qoli Khan, the governor of Fars under Shah Abbas I, constructed many palaces and ornate buildings in the same style as those built during the same period in Isfahan, the capital of the Empire.After the fall of the Safavids, Shiraz suffered a period of decline, worsened by the raids of the Afghans and the rebellion of its governor against Nader Shah; the latter sent troops to suppress the revolt. The city was besieged for many months and eventually sacked. At the time of Nader Shah's murder in 1747, most of the historical buildings of the city were damaged or ruined, and its population fell to 50,000, one-quarter of that during the 16th century. Shiraz soon returned to prosperity under the rule of Karim Khan Zand, who made it his capital in 1762. Employing more than 12,000 workers, he constructed a royal district with a fortress, many administrative buildings, a mosque and one of the finest covered bazaars in Iran.He had a moat built around the city, constructed an irrigation and drainage system, and rebuilt the city walls. However, Karim Khan's heirs failed to secure his gains. When Agha Mohammad Khan, the founder of the Qajar dynasty, eventually came to power, he wreaked his revenge on Shiraz by destroying the city's fortifications and moving the national capital to Tehran.Although lowered to the rank of a provincial capital, Shiraz maintained a level of prosperity as a result of the continuing importance of the trade route to the Persian Gulf. Its governorship was a royal prerogative throughout the Qajar dynasty.Many of the famous gardens, buildings and residences built during this time contribute to the city's present skyline. Shiraz is the birthplace of the co-founder of the Bahá'í Faith, the Báb (Siyyid 'Ali-Muhammad, 1819–1850). In this city, on the evening of 22 May 1844, he first declared his mission as the bearer of a new divine revelation.[22] For this reason Shiraz is a holy city for Bahá’ís, and the city, particularly the house of the Báb, was identified as a place of pilgrimage.Due to the hostile climate towards Baha'is in Iran, the house has been the target of repeated attacks; the house was destroyed in 1979, to be paved over two years later and made into a public square. Further information: 1910 Shiraz blood libel In 1910, a pogrom of the Jewish quarter started after false rumours that the Jews had ritually killed a Muslim girl. In the course of the pogrom, 12 Jews were killed and about 50 were injured,and 6,000 Jews of Shiraz were robbed of all their possessions. The city's role in trade greatly diminished with the opening of the trans-Iranian railway in the 1930s, as trade routes shifted to the ports in Khuzestan. Much of the architectural inheritance of Shiraz, and especially the royal district of the Zands, was either neglected or destroyed as a result of irresponsible town planning under the Pahlavi dynasty. Lacking any great industrial, religious or strategic importance, Shiraz became an administrative center, although its population has nevertheless grown considerably since the 1979 revolution.

Modern times The city's municipality and other related institutions have initiated restoration and reconstruction projects. Some of the most recent projects have been the complete restoration of the Arg of Karim Khan and of the Vakil Bath, as well as a comprehensive plan for the preservation of the old city quarters. Other noteworthy initiatives include the total renovation of the Qur'an Gate and the mausoleum of the poet Khwaju Kermani, both located in the Allah-u-Akbar Gorge, as well as the restoration and expansion of the mausoleum of the famous Shiraz-born poets Hafiz and Saadi. A lot of different construction projects is currently underway, which is going to modernize the City's infrastructure. The Shiraz 1400 chain of projects is set to transform the city and greatly modernize the infrastructure. After the Iranian Revolution, Shiraz was re-established as the capital of Iranian Art and Culture. Shiraz is known as the capital of Persian Art, Culture and Literature. 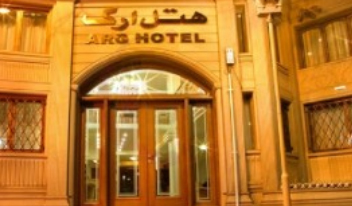 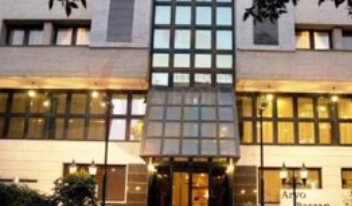 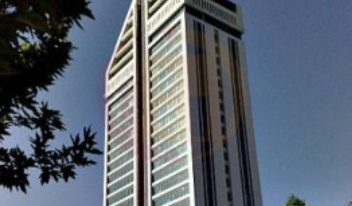